Messed Up Seven Ways To Sunday: Communication About Course and Prognosis 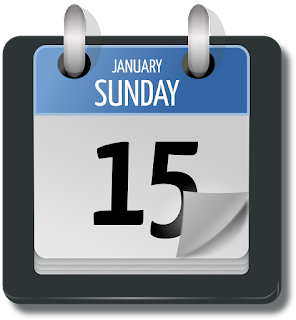 I was reminded the other day about the importance of narrative storytelling and theory of mind in communicating with patients' families.  A good storyteller, say Stephen King, has theory of mind - he can see into the minds of his readers and anticipate how they are going to react to what he writes, to the story he's narrating to them.  He knows full well that if he uses a vocabulary that they don't understand that they can't possibly engage with his story.

So if you EVER use the word "intubation" while talking to a family, or "mesenteric ischemia" or "lumbar puncture" or similar technical jargon, you are not going to engage them with your story, and you are going to confuse and frustrate them.  You must use your theory of mind to infer what parts of your medical vocabulary that laypeople do not understand (most of them).

Next, you cannot enter the room of a patient who, say, crumped from flash pulmonary edema and was intubated, and start talking about "mitral stenosis" and "wedge pressures" and "diuresis".  They have NO IDEA what those things mean.  A better narrative would be:


"She had rheumatic fever when she was a child, right?  Well rheumatic fever injures and inflames the heart valves and over the years they can stiffen from that inflammation and injury.  It's just like a guy who injures his knee playing football in high school and then years later has arthritis in the area of that injury.  Same thing, basically.  Anyway, the heart compensates for that stiff or constricted valve over the years by building up pressure behind the valve, just like pressure builds up behind the kink in a garden hose.  You can live like that for a long time because the heart and body are good at compensating, but there comes a point where the pressure behind the kink in the hose or the stiff valve causes fluid to leak into the lungs and then it's hard to breathe with the lungs wet and heavy.  This is essentially what's happened to her - she came in with low oxygen and trouble breathing from fluid in the lungs caused by a stiff valve in the heart.  So we have to remove fluid with water pills to get her breathing without the assistance of the breathing machine, and then she's going to need surgery to replace that valve at some point, which will be determined by the surgeon."


This paraphrased quote tells a story or a narrative, from the beginning, so they can understand sequentially how we got here, what's going on, and what we have to do in the future, and it does so without any medical jargon and by using analogies that anybody can understand and easily remember.

After we have established a basic understanding of what's going on, we are going to have to communicate prognosis and trajectory information to the family at intervals too.  This is another area where we get ourselves into trouble because of failure to use theory of mind.

My wife and I were discussing last night - if a patient was on three pressors and now is on two, is this a positive sign that ought to be communicated to the family?  There are many ways to think about this, but it ought to be thought about carefully to arrive at a good plan for communication about course and prognosis.

Technically speaking, the removal of a pressor is an improvement, assuming the pressor was doing some good in the first place, that is, it was raising blood pressure through pressor actions (as opposed to fluid load) and that the resultant higher blood pressure is actually benefiting the patient.  The nurses feel like there is an improvement, in part because the nursing care has become that much easier now, and clearly intensity of nursing care is a good measure of how critical a patient's condition is.

But does the removal of one of three pressors mean anything to the patient?  Clearly it does not.  S/he could care less whether they're on one or three pressors, they're still in shock, probably intubated and sedated with a central line, etc.

Does it help the family understand what they really want to know?  This can be argued both ways, but it is my opinion that it does not.  What they want to know is whether grandpa is going to get better, like survive and leave the hospital.  As long as he remains on pressors, there is no telling if he is going to survive let alone leave the hospital or return home.  Furthermore, like a day trader watching the minute to minute fluctuations of the stock market, they will drive themselves and the nurses mad trying to discern an undiscernable outcome from tiny fluctuations and gyrations of reductionist pieces of the complex puzzle we're dealing with.  Thus I discourage communication of data about labs and vital signs to families, because they will misuse the information to try to predict outcome and this is a fools errand that leads to problems and strife.

To leave the hospital, this patient is going to have to be off pressors, off the ventilator, walking and eating.  In the absence of all of these things, he may be going to the dreaded nursing home.  He's got several life threatening organ failures, and all of those problems are going to have to melt away for him to go home.  So to tell his family that his fever is better or we reduced his levophed a little bit amounts to teasing and misleading them and is just silly.  We need improvements far in excess of those humming background noises to thing that we have reliable prognostic information in terms of trajectory.

My wife and I finally resorted to an analogy of extremes last night to think about this.  Say you have two patients in beds #1 and #2 who are intubated, sedated, and on pressors and CVVHD.  One of them is on ECMO.  Can you really say that the person who is not on ECMO is better off from the his  perspective?  From his perspective, he's wicked sick with multiple organ failures, intubated and sedated, etc.    Can you even say that he is more likely to survive than the adjacent patient who is on ECMO?And if you can't say he's clearly in better shape or more likely to survive, then it stands to reason that the patient in the other bed, on ECMO, is not clearly better once ECMO is weaned, because he too is still wicked sick with multiple organ failures.  And it thus follows that if removal of ECMO is not a patient centered outcome on which you can predicate a statement of improvement, then it is ludicrous to predicate a statement of improvement on some small reduction in levophed, or the resolution of fever.

I do not presume to know the right way to describe these things for all people in all circumstances, but I encourage everybody to use theory of mind and be cautious when you say that "grandpa is improving because XYZ" - because these statements can be very misleading and harmful in terms of understanding the expected course when in spite of XYZ, he's still messed up seven ways to Sunday, with no clear path to survival or his home.