Moral Heuristics in Medicine: Judge Not Lest Ye Be Judged 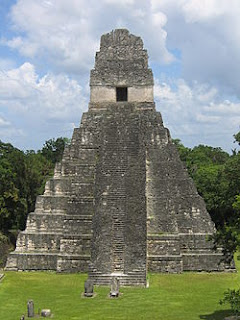 We often evaluate people's health choices and the resulting outcomes through a moral lens, even though many people think it is politically incorrect to do so, to "pass judgment" on others, a proscription that is especially strong within the medical profession.

But it is natural to do so.  The invocation "Thy body is thy temple" rings true from both a moral and a medical perspective.  If only people would treat their body as their temple, how the woes of humanity would melt away, and we would not have a looming physician shortage but rather a surplus!

I am not here concerned with whether or not it is appropriate to pass a moral judgment upon people for behavioral choices that affect their health.  It could be argued either way, i.e., that morality is nonabsolute and individual and that healthcare professionals have no right to make judgments based upon their conception of what is moral, or that there are certain "sins" such as sloth and gluttony that should be universally frowned upon because they are inherently bad for individual and public health.  Rather I am concerned with whether we selectively apply moral condemnation but disguise it under the veil of medical judgment, and how other choices that have health impacts are not imbued with a moral essence, also selectively.

When the alcoholic with cirrhosis is admitted with terminal liver failure, there is a collective sigh with the subtext "he did this to himself."  We condemn alcohol as a personal moral failing, and there is the everpresent lurking tendency to say, with moralistic overtones, "you reap what you sow."

I was reminded of this the other day when I admitted a woman with gastrointestinal hemorrhage who, surprisingly, was found to have esophageal varices.  Most likely, she is not an alcoholic but instead has NASH non-alcoholic steatohepatitis related to obesity, an increasingly common cause of end stage liver disease in obese people (including children).  But there is no collective sigh of exasperation with her moral failings, her gluttony of food rather than alcohol.  She's the poor woman with NASH, rather than the wretch with self-induced disease.

Pulmonologists can hardly talk about tobacco and its ills without overtones of moral condemnation.  So it would appear that while moral judgments can be made under the pretext of medical considerations, the opposite can also happen: the health impacts of a certain substance or behavior can be so dire as that the crusade against the substance or behavior can take on moral dimensions.

I'm not sure any of this is wrong.  Morality is a universal part of humanity and provides a set of intuitional guides for our daily behavior.  But I think we should be consistent.  We should separate morality from medicine or join them and consider the moral dimensions of behaviors that we don't currently have strong moral intuitions about.  Ask yourself which is worse among the following health behaviors and more importantly ask yourself why you make that judgment.  Do you have medical evidence that suggests that one behavior has worse overall holistic health impacts than another?

Are the health consequences worse from:

a.)  daily smoking of marijuana
b.)  drinking 4-5 drinks per night
c.)  being 50-100 pounds overweight
d.)  watching 3-4 hours of TV per day
e.)  not exercising (at all)
f.)  smoking 1-2 cigarettes while at the bar on weekends
g.)  working 80 hours per week
h.)  being socially isolated
i.)  moving your family for your career every 3-4 years
j.)  using smokeless tobacco
k.)  taking prescription opioid medications chronically for pain
l.)  living in Baltimore, Maryland as compared to Salt Lake City, UT
m.)  remaining single throughout one's adult life
n.)  not reading and staying otherwise mentally active
o.)  riding a motorcycle or driving a car
p.)  owning a firearm or owning a swimming pool

My intuition is that, when we evaluate these behaviors, we utilize a heuristic based on moral intuitions about the "badness" or degree of "sin" of each of these behaviors, and that that heuristic is likely to be highly fallible.  The moral overtones of a behavior are poor surrogates for its real health effects, and moreover we can extend moral judgment to many behaviors that affect health but which we frequently overlook as important determinants of it.

Because of a comment from a former colleague on Facebook, I have modified and updated the list and will make an additional comment.  When I was attending the Johns Hopkins Bloomberg School of Public Health from 2002-2003, I would sometimes get weird looks as I showed up to class in motorcycle riding gear.  There were several group projects about mandatory helmet laws (Maryland already had one), and riding a motorcycle was considered in many ways an affront to the public health.  So was firearms ownership.  During one lecture, attended by two hundred or so students, I challenged a professor of public health who was maligning firearms ownership or motorcycle riding, I forget which, to justify why he "exposed" himself and  his family to the astronomical violent crime rate in Baltimore, Maryland, for the satisfaction of working at Johns Hopkins.  He was as speechless in that moment as I was unpopular in the School of Public Health.

This anecdote is emblematic of what I'm trying to point out in the post - that some behaviors have moral weight, and other similarly "bad for you" behaviors do not.  There is moral weight to riding a motorcycle or owning a firearm, there is no moral weight in the choice to live in Baltimore or install a swimming pool.  But, compared to living in SLC, UT, living in Baltimore statistically increases your risk of being murdered by 30 per 100,000.  That number is very close to the increase in the risk of death between riding a motorcycle and driving a car (increase of about 45/100,000).  But riding motorcycles has taken on a moral (or judgmental, if you will) character.  The choice of where you live has not.  Think very, very carefully about that.
Posted by Scott K. Aberegg, M.D., M.P.H. at 11:11 AM