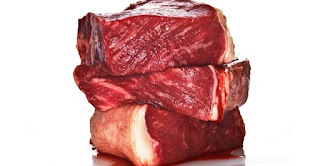 There are a lot of problems with that entire episode as I reflect upon it, and I won't dissect them all here.  I've been thinking about procedure meat because I so often see physicians feasting on it, to the peril of the patients.  Ideally, each and every procedure that is done ought to be done because it is in the patient's best interest to have it done.  All too often, ulterior motives and unstated goals creep into decision frameworks and lead to unnecessary procedures and therapeutic misadventures.  To combat this problem, we need to start nudging physicians to consider and patients to ask directly, "Is this procedure the best thing for me?  Are there alternatives?  Do the expected benefits outweigh the costs and risks?  Where will I be in six days, six weeks, six months, and six years as a result of the proposed procedure?  Where will I be at those times without it?"
Read more »
Posted by Scott K. Aberegg, M.D., M.P.H. at 10:47 AM 9 comments: