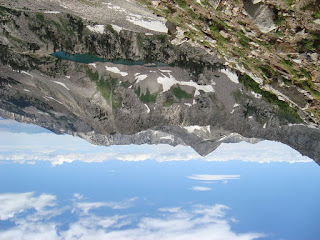 Protection via Violation: A Sheriff Joe Arpaio approach to the Airway

The subject of overdoses segues me to another topic of interest to the skeptical observer in the emergency department (ED) and intensive care unit (ICU).  Patients with alcohol intoxication, drug overdose, and various other maladies that cause decreased level of consciousness (LOC) are often intubated (a breathing tube inserted through the vocal cords and into the trachea [airway]) so as to "protect the airway".  Under normal conditions, there are powerful reflexes in the oropharynx, larynx, and trachea that cause you to gag and cough to keep everything but air out of the airway to prevent the development of an obstruction or pneumonia.  Because of this, powerful sedatives and often paralytic medications have to be given to a person to enable the insertion of the tube - otherwise it will be violently rejected by these reflexes.  Various conditions, chief among them drug and medication effects but including even normal sleep, can cause a depression of the intensity of these reflexes, which often arouses concern that patients with decreased LOC will aspirate (get liquid or solid material in the form of saliva, mucous, food, etc. into the airway).  By intubating such patients with a tube that effectively seals off the airway (by means of a balloon that is inflated at the end of the tube), it is thought that the airway is thusly "protected".

Why the Rumack-Matthew nomogram is a dangerous distraction

When a known or suspected overdose (OD) comes to the emergency department (ED), levels of several commonly ingested agents such as aspirin and tylenol are checked.  If the history or laboratory results suggest acetaminophen (APAP) overdose, the "standard of care" (if there is one - see:  Heard APAP OD review in NEJM, 2008) is to investigate the time of the ingestion and refer to the Rumack-Matthew nomogram (RMN) to determine whether toxicity is likely and to initiate a course of n-acetylcysteine (NAC) if the level is above the line on the nomogram.

Now there are several problems with the RMN that I will not fully delve into here. Suffice it to say that the RMN came from a review of a (striking!) 30 cases in a 1975 paper in Pediatrics.  The nomogram was extrapolated from this case review.  And while I'm no pediatrician, I suspect that pediatric poisionings are quite different from adult ones.  In any case, when the timing of ingestion is accurate the RMN has been a useful guide for ED physicians to determine who could be safely sent home and who would need to be admitted for treatment for APAP poisioning.