Rage, rage against the dying of the light: The Fighter and the Pyrrhic Victory 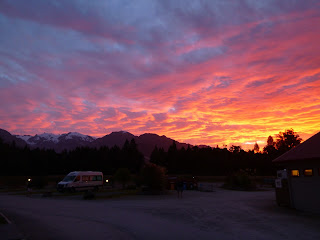 It's only been two days since my last post on prognosis and end-of-life care in the ICU, and I'm anxious to blog about today's NEJM article on low tidal volume in the operating room on the Medical Evidence Blog, but the happenings around me already today mandate another post about realistic prognostication and it's effective communication.

When I make an assessment of a patient in the ICU, my list of summary conditions and conclusions often looks something like this:

This is not the norm.  The norm is to methodically list all of the acute and chronic medicalized and pathophysiologically interesting diagnoses.  In that vein, obvious things that can't be traced to a medically interesting and well delineated disease cascade are left out (such as advanced age and poor functional status.)

Use Your Own Judgment: The Feckless Physician, the Tyranny of Autonomy, and the Courage of Convictions

All too often as an intensivist I am called upon to evaluate/treat a patient who is "Full Code" but who is utterly moribund.  My moral fiber is shredded by  the thought of instituting critical care measures in a poor, frail,weak, malnourished and cachexic, demented and derlirious nonagenarian (or octogenarian, or septuagenarian) with incurable disease.  So, it would be morally corrupt to acquiesce to the "Full Code" order and proceed as an  insentient automaton and put such a patient on life support, knowing that nothing good, and a good deal bad will come of it.  "A cog in the wheel" as it were.

Something strange and tragic is going on here:  While my physician colleagues are most often in consensus about the likely outcomes and the perceived futility (or net harm) of medical care in these cases (as are other informed medical personnel), they often do acquiesce to the "Full Code" order, and initiate the self-perpetuating sequence of futile treatments, disappointments, and indignities inflicted upon dying patients.  This disconnect has two possible explanations:
So, does my moral repugnance at the thought of taking the moribund nonagenarian, giving him propofol to ablate his consciousness for (probably) the remainder of his natural life; inserting a tube through his vocal cords and thus making it impossible for him to speak; knowing that he's delirious/demented and has little hope of knowing what's going on and is probably in fear or distress; physically tying down his hands to the bed so that when he reacts instinctively to pull out the tube that is gagging and choking him, he cannot; inserting various other tubes and medical devices into his nose, urethra, anus, mouth, and through skin incisions into various other bodily structures; performing CPR and having my fellow healthcare workers feel and hear the breaking of his ribs and sternum; knowing that this poor patient will never leave a healthcare institution and return home - does this moral abhorrence derive from a set of values that I have about life and humanity that are divergent from those of the patient and his family?  Or does it result because I have different information about what these procedures entail and what their effect is likely to be?  (That effect candidly amounts to torture.  I am being asked to torture the poor fellow.)

The answer is obvious because people are more alike than they are different.  I have an abhorrence to these acts because I (and other informed healthcare workers) understand them better than the patients/families - there is "asymmetrical information" as economists would say.  Why would this be?

This results because of the "feckless physician" - the squeamish nebbish who believes that guarding the family (and himself - especially himself) from a vivid description of futile (and harmful) care at the end of life and the emotional reactions consequent to this discussion are more important than avoiding the horrors of actually delivering that "care" and inflicting that suffering on the inexorably dying.  And here I will state it:  the feckless physician, in making this choice, is morally corrupt.

He rationalizes this away by invoking the misguided principle of autonomy - the notion that people should be able to make choices for themselves.  But this ethical principle has certain premises and preconditions, and it is easy to pretend that they have been met - namely that the preconditions of information and understanding have been met.

So, when the patient (or, often his surrogates) is/are making choices such as "Full Code" that seem at odds with his moral intuitions and common sense, the feckless physician deludes himself into believing that he has imparted the requisite information about the procedures and likely outcomes in an adequate manner, and he acquiesces.  He is satisfied to invoke the foundationally precarious principle of autonomy to justify the indignities that are about to befall the poor, dying, nonagenarian.

And he calls the intensivist.

Oligopharmacy and Nopharmacy: "He is the best physician who knows the worthlessness of the most medicines."

When I was an intern, I read in a pocketbook (my coat pockets were overflowing with guides and manuals in those halcyon days) called Drug Prescribing in Renal Failure that in elderly patients, 65% of hospital admissions are caused by or contributed to by an adverse drug reaction.  At first blush, this seems like a gross overestimation (like the 100,000 deaths per year from medical errors which probably IS a gross overestimation), but experience bears out this wisdom.  As the number of drugs increases, so does the potential for interactions and side effects - multiplicatively.  There are two related practical implications of this observation.

First, it is my practice when admitting a patient to the ICU or hospital to stop all nonessential medications.  This includes outpatient medications and many medications begun by other physicians during the admission.  It would include medications such as:

Parsimonious Practice: How to Treat DKA with 5 Lines of Orders in Half a Day 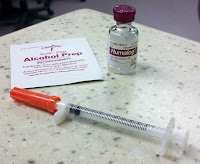 Few processes in medicine are as simple as the treatment of DKA (diabetic ketoacidosis) or have been as gratuitously complicated by anal retentive micromanagers of physiology.  Here is a departure from that custom that I have refined iteratively during the past four years.  It is guided by the goal of reversing ketoacidosis (and associated dehydration) and getting patients eating and back on subcutaneous insulin as expeditiously as possible, while reducing waste and burdens of care and without compromising safety.  It does not have as a goal to rigidly govern lab values or usurp control of physiology during the process.  The caveat to be aware of is that I have refined it in young(ish), adult, non-compliant Type I diabetics without insulin resistance who have moderate to severe acidosis and hyperglycemia.  (I do not treat "DKA" with a serum HCO3- greater than or equal to 14 with an insulin infusion - I treat it with fluids and reinstitution of subcutaneous insulin.)  It also presumes that there was no trigger other than non-compliance, or that the trigger (e.g. UTI) has been investigated and addressed.  I will briefly discuss the 5 orders, their benefits and potential drawbacks.  First, the orders:

The Obesity Odyssey: Tie Me to The Mast, Wire My Jaw Shut, Rewire My Guts Into a Roux-en-Y

In the last post, I was titillated by the JAMA authors' observation that, as prescription opioid overdose deaths have quadrupled, people and their physiology have not changed - their exposure to opioid drugs has changed.  Is there any more apt an explanation for why obesity and overweight rates and associated complications have swelled like 10 pounds of sugar in a 5 pound sack?

One hundred years ago, there was precious little obesity.  We have not changed physiologically since then.  Two things have changed:

It's utterly amusing that the obesity epidemic is viewed in any other terms.  It's quite simple - 100 years ago, we did not have processed, ready-to-eat, high caloric density, cheap, easy, convenient foods that required little or no preparation time.  And we did not have leaf blowers, washing machines, elevators, 3 cars per family, power mowers, pressure washers, desk jobs, televisions - you get the picture.  In short, we ate fewer calories and we burned far more calories performing just the basic tasks of life, let alone actual manual labor performed as members of the workforce.  We are exposed to much more food, and much less physical work.  It's a dose-response issue.