Root Cause Analysis: Dig Deeper, or the Weed Will Keep Growing Back

In a recent JAMA Performance Improvement piece, the authors describe the case of a man who presented to the emergency department with dizziness.  He was sedated for an MRI, his history of OSA (obstructive sleep apnea) may have been glossed over, and he arrested in the radiology department.  The subsequent "root cause analysis" traced the untoward outcome to a failure to recognize the OSA and the adverse effects that may follow sedation of a patient with this diagnosis.

The problem with this "root cause analysis" is that it assumed that the MRI, requested by a neurologist on-call, via telephone, was necessary.  It was not.  The root cause analysis got it wrong because it did not trace the roots to their deepest source:  glossing over the patient's chief complaint and considering it and its evaluation carefully and rationally.  Stroke is an uncommon cause of dizziness and the MRI was probably not indicated, especially in light of the other information provided in the case.

Here is the letter that I sent to JAMA which was not accepted/published.  It is a case of the distinction between rationality and intelligence.  Very intelligent people traced the "cause" or the "root" of the complication to a missed piece of information (OSA) and corollary ideas (he may have complications from sedation), but they failed to consider underlying assumptions:  namely that the MRI was necessary or would yield net benefit in the first place.

Medicine is best played like chess, not like checkers.  "Intelligent people have superior performance when you tell them what to do."  A failure of a "root cause analysis" such as this will foment the regrowth of the weed.

Here is the letter:


I enjoyed the Performance Improvement case describing oversedation of a patient with obstructive sleep apnea1.  I posit that the most proximate possible root cause of the complications described was ordering an MRI with low clinical yield2, without pre-specifying what abnormality was being sought as well as its probability, and without delineating, a priori, how any resulting findings would change management3.  Presumably, the neurology consultant was looking for stroke.  What was its pre-test probability in a patient with dizziness?  Would management have changed if stroke were detected with imaging?  Were there contraindications to therapies for stroke?  Was the patient already receiving the indicated therapy for stroke?  What is the probability of a false positive finding (i.e., one that doesn’t explain the patients’ symptoms; an “incidentaloma”), and how might that finding lead to interventions which may yield net harm if stroke is not present?  What was the response to meclizine and odansetron, and how did this incremental information alter the prior probability of stroke?  Because decisions necessarily precede actions, they must always be considered as possible proximate causes of downstream complications.  Even if the other errors identified in the reported root cause analysis can be avoided in the future, injudicious testing may lead to other complications, including cascades of additional potentially harmful testing and intervention unguided by careful, rational, clinical decision making. 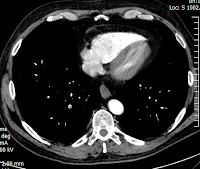 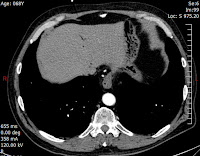