The Medical History as an Exposure Narrative: A Didactic for Medical Students and Young Physicians 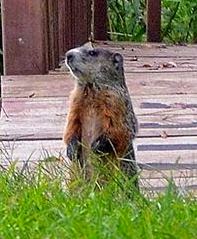 I just received an email from a medical student on the other side of the pond asking for my advice for junior doctors for learning the practice of medicine.  I will oblige.  When students are taught how to take a medical history, they are taught a rote sequence and its components, but are not taught what the point really is, why we ask certain questions, how we string the answers together, which components need more or less emphasis in a given case.  Here I will present a framework for that understanding, which may make history taking more meaningful and useful for those learning and refining it.

What we are really trying to do with history taking is to make a narrative of the patient's exposures in his or her environment.  This exposure narrative allows us to use Bayes' Theorem to determine the most likely causes for a given chief complaint.  Bayes Theorem should be reviewed for its own sake in order to understand its use here and elsewhere, but simply understanding that the base rate of a disease in a certain population is the "prior probability" of that disease in a patient will suffice for now.  So, if I asked you what mammal you are likely to see on your hike in the Rocky Mountains, you will list squirrel and deer and elk before mountain lion and badger.  It's just common to see deer and elk there.  In the jungle, or the desert, the answers would be different - because different animals have different probabilities in different environments.  Likewise, when a 70-year-old comes with pain in the joints, osteo- and rheumatoid arthritis are more likely than lupus and juvenile rheumatoid arthritis, which would have higher probabilities in younger patients.  Thus, age is an exposure, perhaps one of the most important ones, and this is why a student's presentation often begins with something like "Mr. Jones is a 78-year-old man..."  (It is also why I frequently interrupt physicians who call me to admit a patient or consult on one, because I can't begin to order the probabilities until I know the age of the patient, which they frequently omit because of indolence.)  The older person has been exposed to wear and tear on the body for a longer time, and this figures prominently in the probabilities of the diseases that s/he is likely to have.


Note that it is not possible to begin to think about the history of exposures as a tool to order diagnostic possibilities until you know what the diagnostic possibilities are - and you cannot know those possibilities until you have diligently studied and memorized pathophysiology.  So, in the US, we do a disservice to students by teaching history taking before we teach pathophysiology.  Suffice it to say that it is very difficult to diagnose a disease that you are unaware of, so domain specific knowledge is a prerequisite to using the history to diagnose an illness.

When you take the history, one of the things you are trying to do is to understand what environment a person lives in.  Do they live at home or in a nursing home?  Assisted living?  What do they need assistance with?  Does she live with her daughter?  Why?  Is he an immigrant?  From where?  What were you doing before you fell ill?  What were you doing when you fell ill?  What do you usually do on a daily basis?  All of these nuances of the person's environment help you to understand what illnesses they may be susceptible to.  If you can get the patient to tell a narrative of their daily life and their illness, it will be easier to compare that narrative to what we know about the natural history of various diseases.  Some people tell narratives better than others.  With the "poor historian" you will have to guide him with questions that allow you to assemble the narrative.

The "chief complaint", the reason the patient sought medical attention, is the most important starting point for assembling the exposure narrative.  Let's use "short of breath" (SOB) as an example.  If you tell me, during the winter, that Mr. Jones is a 78-year-old male living in a nursing home who comes to the ER with shortness of breath, I can immediately list some prominent diagnostic probabilities before I know anything else about this patient.  I'm thinking pneumonia (the old man's best friend, according to Sir William Osler), due to influenza since it's winter, or due to streptococcus pneumoniae at any time (because it's the most common cause of pneumonia - it's the deer on the Rocky Mountain hike), or due to staph aureus because it's a nursing home, or due to aspiration because the nursing home patient is often disabled on some level and dysphagia and aspiration are common ailments of the old and frail.  Congestive heart failure is another prominent diagnostic consideration in an elderly male nursing home patient.  If he is immobile, pulmonary embolism is a possibility.  A long-term smoker, a central mass with bronchial obstruction or COPD are examples.  Note that these are all common ailments - we don't begin to expand the differential to Wegener's granulomatosis and idiopathic pulmonary fibrosis until we have convinced ourselves that the common ailments are not consistent with the information we have.  "Common things are common", goes the diagnostic adage.

We can then ask Mr. Jones or the person providing the history how the SOB began, its character, associated symptoms, exacerbating or relieving factors so we can begin to recognize a pattern in the illness that is congruent with or incongruent with the major diagnostic possibilities.  Sudden onset with chest pain?  Pulmonary embolism (PE) or Myocardial Infarction.  Sudden onset with one swollen leg?  PE.  Worse at night and swollen legs?  Congestive Heart Failure.  Weight loss?  Lung cancer or pneumonia.  And so on.  The important thing to always consider, when asking the rote questions about features of the chief complaint, is how they help you to differentiate the diagnostic possibilities, how they help you fit the chief complaint into a known pattern of illness.  We make the narrative for this patient, and then compare it to "illness scripts" that we have memorized or seen in the past.

The past medical history is exceedingly important for ordering possible diagnoses because, if the patient does not have something that is common, they most often have something that is related to something we know they already have.  This is Bayes' Theorem in action again.  If the patient is known to have brain cancer and they're on chronic high dose steroids, suddenly PJP pneumonia, usually a rare diagnosis, is a prominent consideration if there is subacute shortness of breath, especially if there is an interstitial pneumonia on the chest x-ray.  In the whole, undifferentiated population, PJP is a rare disease.  In specific subgroups of the population, PJP is a much more likely possibility.  So the past medical history lets you know what population base rates you should be considering as you formulate your differential diagnosis.  Also, past diseases tend to flare and recur, so anything a patient has had in the past can be what they have again now.  Starting when I was an intern, I would diligently assemble all the prior history and physical reports I could find and make sure I had a comprehensive past medical history problem list.  In many cases, it turns the task of diagnosis from a fill in the blank test into a multiple choice test - just look at the past history and see if any of those prior problems could be the current problem.

Similarly, the medication list.  Side effects of medications are common reasons a person seeks medical attention (in the hospital at least) and the more medications a person is on the more likely this is to be the case.  The family history tells you about the patient's genetic exposures.  The social history, if properly taken, also is mainly about exposures.  The home environment.  The work/occupational enviroment.  The substance ab/use list, drugs and alcohol and smoking.  The travel history - all of these histories are about exposures, so that you know what population you're dealing with and can make inferences based on the base rates of diseases in those populations.  Of course, because a person has been camping does not mean that it is likely that he has hantavirus or plague or rocky mountain spotted (or spotless) fever, but these diagnostic possibilities do rise from negligible/near zero to reasonable considerations in the context of a compatible chief complaint in association with the proper exposure history.

There are several messages here, so I will summarize.


See also:  The Search-Inference Framework:  A Proposed Strategy for Novice Clinical Problem Solving  and   Antifragile But Exposed:  A Framework for Understanding Disease
Posted by Scott K. Aberegg, M.D., M.P.H. at 9:45 AM