I was asked by a medical student to explain Bayes' Theorem.  This blog is about lack of common sense in medicine, so it follows that education about first principles will contribute to uncommon sense, and I will oblige.

Bayes' theorem is simply a long or holistic way of looking at the world, one which is more in keeping with reality than the competing frequentist approach.  A Bayesian (a person who subscribes to the logic of Bayes' Theorem) looks at the totality of the data, whereas a frequentist is concerned with just a specific slice of the data such as a test or a discrete dataset.  Frequentist hypothesis testing is where we get P-values from.  Frequentists are concerned with just the data from the current study.  Bayesians are concerned with the totality of the data, and they do meta-analyses, combining data from as many sources as they can.  (But alas they are still reluctant frequentists, because they insist on combining only frequentist datasets, and shun attempts to incorporate more amorphous data such as "what is the likelihood of something like this based on common sense?")


The Bayesian steps back from the trees and observes the entire forest.  S/he has several other perspectives on these data: 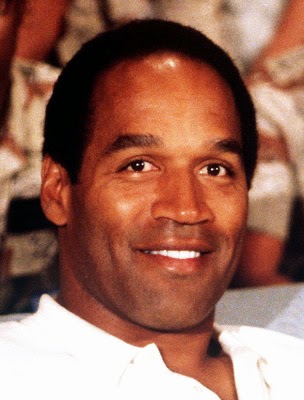 The Bayesian will, on the basis of logical thought and holistic knowledge as outlined above, make an educated guess or hypothesis about the probability of something before he sees the results of a test purporting to answer the question that his hypothesis is derived from. This hypothesis, formulated before looking at the data, is the "prior probability".  The Bayesian would say that the probability that orange juice cures sepsis is miserably low, definitely under 10%, probably far less than 1%.  And as Carl Sagan said, "extraordinary claims require extraordinary evidence."  Carl was a Bayesian.  So were the police when they investigated OJ Simpson.  When a woman is killed, the estranged husband is a prime suspect, because we know from prior experience that he has a high prior probability of being the perpetrator. Detectives are obligatory Bayesians - without a prior probability (they may call it a hunch) they don't even know where to begin looking.  (Except for the scene of the crime - they're putting together a narrative to try to understand it.)

With this very low "prior probability" (pre-test probability), the Bayesian can incorporate other data such as the frequentist data from a clinical trial or data from other observations into his worldview and come up with a "posterior probability" of the efficacy of orange juice for sepsis.  There are ways to do this formally, but basically Bayesian thinkers will update their probability estimates iteratively as evidence accumulates.  Suppose a Bayesian has a prior probability that orange juice is nonsensical and will have no effect in sepsis, but then several laboratory studies identify an anti-inflammatory molecule in orange juice that affects cytokines, and in rat models, orange juice modulates the immune response to sepsis.  Then a few small trials show that in rat models of peritonitis, orange juice saves rat lives.  The good Bayesian would say "well, it sounded far fetched, but these data suggest there may be something to this orange juice stuff."  The obvious problem, as you may have identified already is that this is all very difficult to quantify formally, it's very nebulous and seems like guesswork. It is indeed very thorny but worth paying attention to nonetheless - low priors make you circumspect about unexpected positive results, and high priors can make you rationally dismiss unexpected negative results.

Suppose that we are ordering a pregnancy test that has a high sensitivity and specificity (basic knowledge of these is presumed in this discussion).  Suppose that the test is positive.  The patient is pregnant, right?

Well, that's how the frequentist approaches the problem.  Test positive, pregnant, test negative, not pregnant.  But the Bayesian is not satisfied.  Firstly, what if I told you this person is a male.  Is he pregnant?  Heavens, no!  Men don't get pregnant, the prior probability of pregnancy is zero, he's not pregnant.  (He probably has testicular cancer.)  What if I told you that the person was a woman but that she has had a hysterectomy, is she pregnant?  What if the test is negative, but I told you that she has missed two menstrual periods and had multiple sexual encounters in the last two months?  The posterior probability of disease depends not only on the test result, but also on the prior probability of disease before we even consider the test result.

And so it is with so many tests in medicine - exercise treadmill tests, V/Q scans, d-dimers, "screening CT scans", executive physicals, every test we do must be viewed in the context of the prior probability.  This is also why, when we get a potassium level back in a stable patient without renal failure and the level is 8.0 and there are no EKG changes, we repeat the test.  Because we don't believe it, the prior probability is low, so it must be a false positive, drawn from a vein downstream from the potassium replacement infusion, or a hemolyzed sample or some other error or anomaly.

If you want to do Bayes theorem on the fly without my calculator, you have to convert priors to odds ratios and sensitivities and specificities to likelihood ratios - then the product of the prior odds and the likelihood ratio equals the posterior odds.  This can be easily done, but I won't belabor it here - you can use the calculator.  [If you want to do it, here's an example:  Prior probability of pulmonary embolism (PE) thought to be low, let's say 10%.  Odds of PE is thus 1/9 ("10 total odds, 1 odds it is PE, 9 odds it is not PE").  Let's say the sensitivity and specificity of our test are both 90%.  A likelihood ratio (LR) for a positive test is sensitivity/1-specificity [9/1], that for a negative test is 1-sensitivity/specificity [1/9].  If the test is positive, multiply prior odds and positive LR and this gives you the posterior odds ratio.  So, 1/9 * 9/1 = 9/9 posterior odds - converted to probability it's 50%, as in the examples in the preceding paragraph.  If the test is negative, 1/9 * 1/9 = 1/81.  Total odds 82, 1 odds there is PE, 81 odds there is not, probability of PE is 1/82=1.2%  Confirm it with the calculator.]

So remember, if you order a troponin in a 32-year-old woman with altered mental status (why would you do that anyway?) and it's positive, it's more likely that she has sepsis than she has a myocardial infarction.  If you order a d-dimer in a patient with a low modified Wells score and it's negative, you're done, there is no PE.  If it's positive, it tells you nothing, you need to pursue things further.  (That's right, the only useful d-dimer result is a negative one.)  If you order a BNP level in a patient with swollen legs, orthopnea, JVD and Kerley B lines on chest X-ray  and it's negative, it is still likely that the patient has congestive heart failure.  You cannot use testing in isolation for diagnosis, you will get burned time and again if you do this. You need a history (and physical) and an exposure narrative for the patient so you can begin to order the diagnostic possibilities on the basis of their prior probabilities.  Failure to do this is feloniously widespread, and leads to countless errors in diagnosis and therapeutics.

The test results modify the probability of what we already think (the prior probability), they do not become the answer to the question in isolation.  This is the essence of Bayes' Theorem - thinking prior to testing.
Posted by Scott K. Aberegg, M.D., M.P.H. at 9:24 PM