Running AMOC: How the ABIM Sowed the Seeds of Its Own Destruction 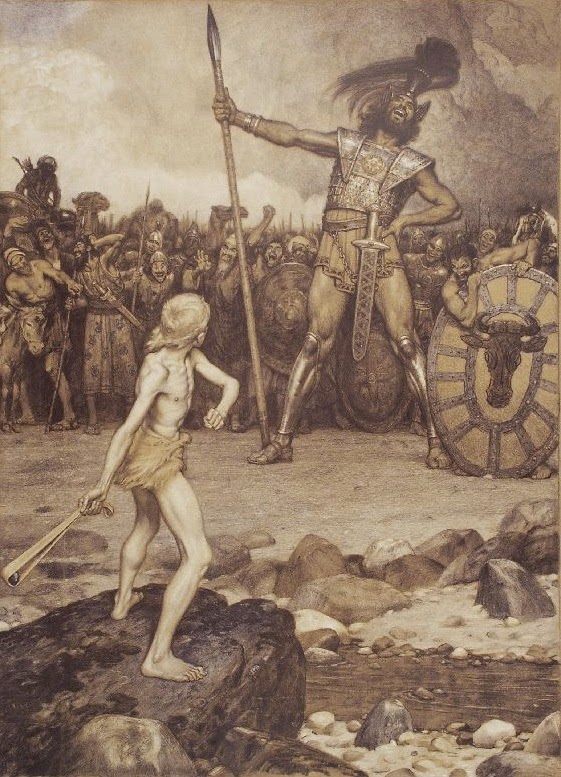 As I preciently predicted, in response to the ABIM's MOC mandates, a group of enterprising physicians has created a new certification board for internists, and today ABIM appears to have relented at least a little bit in response to the threat of competition.  David has brought Goliath to his knees by hitting him where it hurts - in the pocketbook - and Goliath is literally begging for mercy.

But hold on kids, the credits are not rolling and this battle is not over.  ABIM has not done away with MOC, they are just backpedaling - for now.  And conspicuously absent from the mea culpa sent out by their president, Richard Baron, is any mention of cost effectiveness, cost containment, or cost reform.  One of the biggest benefits of the new board, besides less onerous busywork requirements, is that it saves you upwards of 90% in certification fees.

And make no mistake, this is all about money, my friends.  Just three short weeks ago, the ABIM staunchly defended its position and MOC requirements in this NEJM piece that was published alongside this piece by the architect of the new board, Paul Teirstein.  Why the change in heart?  The answer is quite simple:  math and money.  20,000 physicians signed the petition against the MOC requirements.  If just those 20,000 physicians jump ship and join the new board, the ABIM stands to lose tens of millions of dollars in revenue.  So it is no coincidence that the same ogrenization that two weeks ago thumped on its chest backed down today, just one week after the new board opened for applications.

Surely, the ABIM has calculated that it can arrest the mutiny "aboard" the ship before all is lost if it acts quickly and placates and appeases its diplomates with lipservice and token concessions.  I am reminded of the cheating girlfriend (or boyfriend).  You discover her infidelity and jump ship.  Then, when her romantic liaison turns sour, she comes crawling back to you begging for forgiveness and promising to never do it again.  But now that she has shown you her stripes and you know what she is capable of, you know better than to ever trust this conniving, duplicitous wo/man ever again.

And so let it be with ABIM.  I encourage all physicians to sign up for the new board.  The cost is nominal, just $169 for two years.  That is a small price to pay for a back-up plan as we wait to see if ABIM will make good on the promises outlined in the mea culpa issued today.  And even if it does, I'm already "aboard" the new ship - the cost savings alone are reason enough to make the change.
Posted by Scott K. Aberegg, M.D., M.P.H. at 4:59 PM

Email ThisBlogThis!Share to TwitterShare to FacebookShare to Pinterest
Labels: American Board of Internal Medicine, board certification, David and Goliath, maintenance of certification, mea culpa, MOC, National Board of Physicians and Surgeons