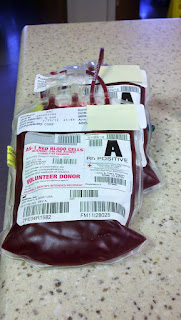 A clinical deterioration rate requiring MICU readmission of 10% may or may not be too high.  What is important to note is that the rate provides the upper bound for the amount of benefit of allowing the patient to remain in the MICU for an additional day.  That is, even if the rate goes to 0% by the next day, the maximum amount of benefit in avoiding clinical deterioration on the medical ward is 10%.  Although most rebleeds happen early, not all do, and it is more likely that if there is rebleeding upwards of 50% of it will happen over the next several days, rather than all of it in the subsequent 24 hours.  If this is a reasonable estimate, then the maximum benefit of another day in the ICU is saving/avoiding about a 5% risk of clinical deterioration on the floor.  The marginal risk reduction decreases the closer you get to zero.  Note also that some residual risk remains until and even after discharge from the hospital for several weeks or months - risk rarely goes to zero, so we will always have to accept some risk.

Other factors to consider are the consequences of a clinical deterioration.  That the patient tolerated such a large bleeding episode before treatment provides some reassurance that she will tolerate it again, after treatment which can be inferred to decrease both the probability and the severity of a recurrence (since the INR is no longer 10, the vessel is clipped, etc).

The point is, we can take our feelings of being uncomfortable, rather than as a guide to what to do, as a prompt to consider the decision more fundamentally to determine if there are ways of rationally appraising the situation.  In this and many cases there are, if we take a moment to do some back of the envelope calculations about probability, risk, uncertainty, and consequences.

The patient did not, in fact, deteriorate on the regular medical ward and was discharged to home in excellent condition.
Posted by Scott K. Aberegg, M.D., M.P.H. at 11:04 AM