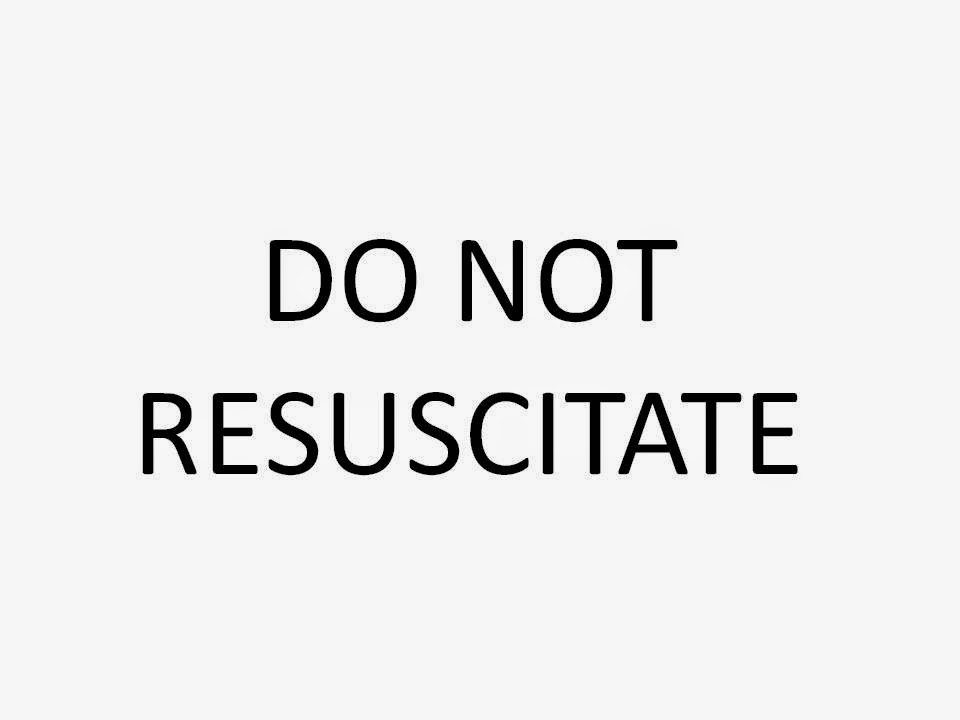 Physicians can abdicate their responsibilities as reasoned guides for patients making decisions at the end of life and as gatekeepers of resuscitation practices in many ways:


Sadly, we see it almost every week:  We are called from the ER with the report of a patient who has been resuscitated from cardiac arrest and has return of spontaneous circulation (ROSC - that is, they were "successfully" resuscitated).  As the report unfolds, it becomes clear that the resuscitation attempt was ill-advised and ill-begotten from the outset - the patient is elderly with poor functional status and asystolic out-of-hospital cardiac arrest (dismal prognosis), or has a devastating acute (stroke) or chronic (metastatic cancer) condition.  But we listen on, and agree to admit the patient only to later learn that the resuscitation efforts went on for 45 minutes!  FORTY-FIVE MINUTES!

Even if we allow a pass for the failure to consider the advisability of initiating the Code Blue in the first place, because things were hectic at the outset, does it ever occur to the practitioner during those FORTY-FIVE MINUTES that no good is going to come out of ongoing resuscitation efforts?  Does the practitioner think that time is suspended during CPR and that Superman is flying backwards around the earth reversing time?  Does s/he believe that CPR delivers effective circulation and that brain damage is not occurring during these efforts?

These patients come to us in the ICU neurologically devastated with myoclonus, status epilepticus, coma, multisystem failure, profound shock, ARDS -  and they have no reasonable chance of survival even though their heart was restarted.  None whatsoever.  They have been subjected to perverse, gratuitous, and wanton violence during their death.  Their families have been poisoned with false hope when somebody goes and tells them that "we got him back" and now the distasteful and gut-wrenching antidote (truth) will have to be administered and we will have to orchestrate the patient's second death.

Nonsensical reasons (or pretexts) are often proffered with an air of detachment for the prolonged code.  Things such as "we kept stopping, but then he would get a rhythm back".  ("Fine.  When that rhythm goes away, let him die in peace.")  And nonsensical, otherworldly things happen - dead patients transcutaneously paced are sent to the ICU with a "rhythm", elderly patients with metastatic cancer coded for almost an hour die when the vent is changed to spontaneous mode for ten seconds before apnea ventilation can take over.

Numerous reforms are in order to extricate us from this Alice in Wonderland world in which we practice and malpractice medicine at the end of life - reevaluation of Code Blue as the default resuscitation measure, requiring opting in rather than opting out, ongoing education reform and culture change among physicians, etc.  But we can start with the low-hanging fruit and abandon the 45 minute purgatory code where patients are sent to suffer before they are allowed to pass into heaven.
Posted by Scott K. Aberegg, M.D., M.P.H. at 9:07 AM