In Praise of Lasix: A Utility Approach to Pharmacotherapeutics 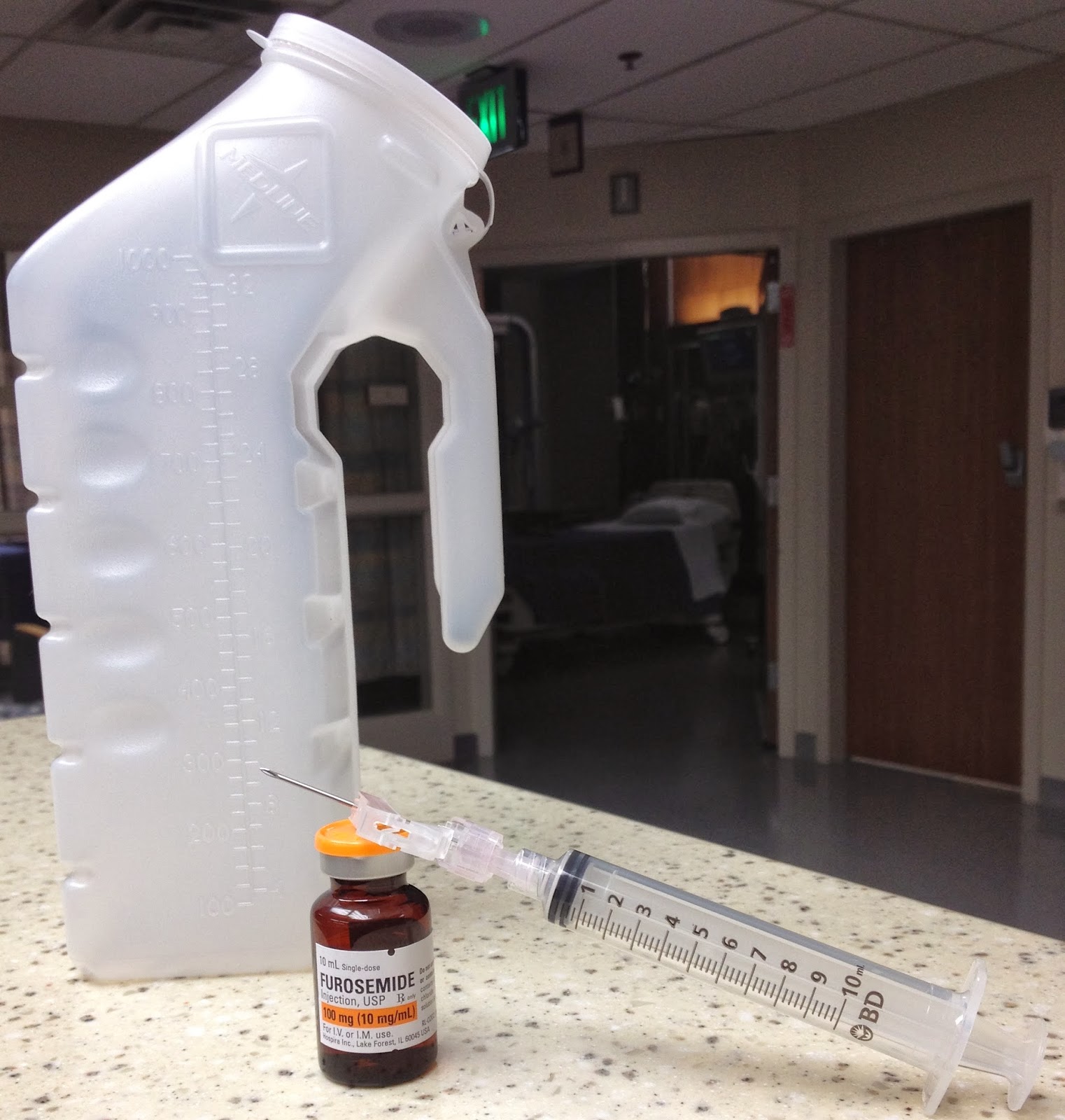 In a prior post, I focused on reducing polypharmacy to oligopharmacy or nopharmacy because of an underlying belief that most medications are useless at best, harmful or wasteful or distracting at worst.  But I'm not a complete nihilist.  I've also done a good deal of thinking about some medications that I think we should use more of.  On the basis of Bayesian and therapeutic threshold approaches to decision making, it stands to reason that one should have a lower threshold for using high utility/efficacy agents.  The utility of a given agent is the product of the probability that a disease it treats is present and the utility of the agent for that disease (which is itself the probability of an effect in any case and the magnitude of that effect.)  Thus, if the utility of the agent is high (furosemide/Lasix), it could be useful even if the probability of disease is low (CHF in a patient with normal BNP and ECHO); indeed it could have more net utility than a low utility agent (Digoxin) in a high probability disease (EF 30%, BNP 1000). Note also that if the agent is effective at treating a common disease (as opposed to a rare one), it's general utility will be higher. It follows that the threshold for the use of these high utility agents (when I say high utility I mean net utility, thus the benefits greatly outweigh any side effects) should be low - and we should actively look for opportunities to use them.  Here are the drug utility equations (where Drug X treats Disease X):


Antibiotics:
My fondness for antibiotics might not be so great if I were not an intensivist (infection being one of the most common final pathways to death) but I nonetheless consider these agents to be perhaps the most effective agents we have in the treatment of inpatient disease.  In the ICU, it is often best to consider infection present until proved otherwise, so prevalent is it and so protean are its manifestations.  It would be difficult to select one among the many agents, but we can narrow it down to something like Zosyn/Meropenem, Vancomycin/Linezolid, Levaquin/Azithromycin, Clindamycin/Flagyl.  Even if the probability of infection is very low, say 10-20%, I round up the usual suspects (via culture of appropriate possible sources especially blood and urine) give the antibiotics, await the cultures, and reassess in 24-48 hours.  If infection seems less likely at that time, I stop them.  I offset this liberal prescribing of antibiotics by truncating course duration in known infection cases.  In my mind this has the net effect of reducing the likelihood of resistance emergence and infections such as antibiotic associated colitis.  I can't tell you how many times I have admitted a patient with DKA with no localizing symptoms and a benign looking urinalysis, who wound up having 4/4 blood cultures positive for E. Coli.

Furosemide/Lasix:
If there's a fluid overload state (and there often is with heart, renal, liver failure; post-operative state; iatrogenic fluid overload) or the fluid is not staying where it's supposed to be (lung injury; hypoproteinemia; "third spacing"), Lasix is indispensable.  I can't imagine practicing without it.   If you give enough Lasix, the urine will flow.  I have seen literally countless cases over the years where some pulmonary problem basically amounted to undiagnosed Lasix deficiency.  Such as the case in 1997 of my buddy's grandfather who was an inpatient on the medical service supposedly dying of pneumonia that was not getting better.  A review of his chest x-rays showed accumulation of fluid and he was on appropriate antibiotics.  James E Gadek (my medical school hero) fortuitously passed in the hallway as I was visiting the patient and agreed to a courtesy consult.  Twelve hours and 240 mg of Lasix later, this "moribund" soul was sitting up in bed on nasal cannula eating his breakfast.  Lasix deficiency can be fatal - especially when combined with injudicious intravenous fluid administration.

Without further justification, let it be written that Lasix should be given EVERY SIX HOURS in doses in multiples of 20 that approximate 20 mg * Serum Creatinine.  Don't argue.  Just do it.

Lactated Ringers (LR)
On the flip side, if dehydration is present (and it is highly prevalent in the acute setting), you can do wonders with intravenous fluids (IVF) such as LR (or NS, but I've been trying to avoid chloride loading) in acute illness associated with vomiting, poor intake, diarrhea, osmotic diuresis, impaired thirst, environmental stress, too much Lasix, etc.  Consequently, there should be a low threshold for fluid challenge if there is even a remote likelihood of dehydration/intravascular volume depletion.  And if you overdo it?  Lasix is there to fix the problem.

Few classes of agents can hold a candle to these titans of inpatient therapeutics.  But I have also thought, if I could have only 10 drugs on my inpatient formulary, what would they be?  Here's a poke at adding 7 more agents/classes to comprise such a list.

What drugs do you find indispensable in the inpatient setting?  If you comment below we can perhaps extend it to the 20 drug inpatient formulary.  Later, we can discuss the 10 or 20 drug outpatient formulary, perhaps in a different post.