The Slave, the Master, Captain Obvious, and Insatiable Searching 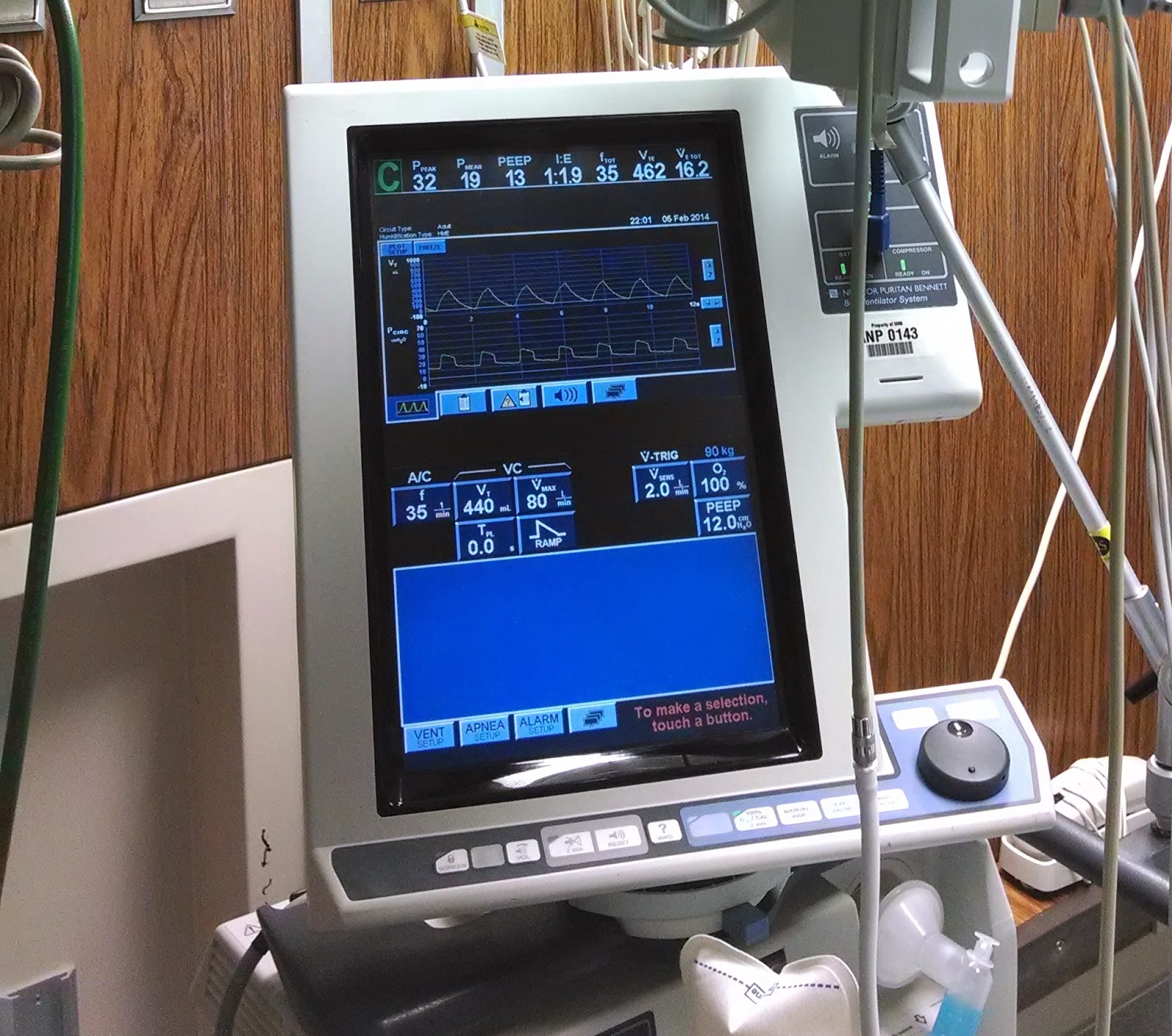 I'm going to use some cheeky analogies to prove some points in today's quick post.

Imagine that while you are away, your fire alarm goes off, and the fire trucks come, sirens ablaze.  After an investigation, the brave men in blue determine that there is no emergency, every thing is in order, no fire.  They return to their station and not long later your alarm sounds again.  And again.  And again.  Should they douse your home with water just in case they're missing something?  Or should you disable your alarm?

Recently, I was consulted to assist with "vent management".  A patient was "fighting the vent" and was not ventilating well, with a pH of 7.03.  I arrive and find her deeply sedated on propofol and fentanyl (attempts to kill the fight in her) and breathing slowly at a rate of 8 (hence the low pH and high pCO2.)  Every ventilator mode has been tried, but she "breath stacks" or otherwise "fights the vent" without heavy sedation, which itself depresses respiratory drive so much that she gets a respiratory acidosis.  Turn up the rate, and she's back to "breath stacking."  But alas, she was not fighting the vent at all, she was fighting its alarms and it was fighting her.  A post-operative patient, she had low respiratory system compliance (her chest was stiff) and she was also not relaxing after the initial breath delivery, setting off the alarm and the inspiratory delivery, not exhaling, then taking another breath on top of the prior incomplete one.  Raising the peak pressure limit alarm to 60 stopped this and allowed discontinuation of most of the sedatives.  Now she accepts the breath, albeit at a higher peak pressure.  So was solved the problem that never existed, but was created by the alarm settings and the misguided responses to them. One should always ask oneself as regards ventilator alarms "Who is the slave and who is the master?"

The police are sometimes accused of settling prematurely on a suspect, at the exclusion of other possibilities, thereby leaving the real perpetrator free to commit other crimes.  In medicine we would call this premature closure, or search satisficing.  But the opposite of that may be delayed closure or insatiable searching.  Imagine that we have a prime suspect with a motive, and have video evidence of the crime - we can see whodunnit, and there is no evidence of accomplices or other conspiracies.  What police chief would allow his detectives to waste resources going out trying to find other possible suspects in this case?

Now, suppose a previously healthy young woman is exanguinating and goes into shock and multisystem organ failure during her resuscitation and massive transfusion.  Her LFTs (Liver Function Tests) go through the roof, as is seen in shock causing "shock liver".  Why on Earth would a provider order a viral hepatitis panel and an autoimmune panel in this patient?  What are the chances that this exanguinating trauma patient coincidentally has viral hepatitis instead of or on top shock liver?

A young patient with normal renal function develops post-operative shock and renal failure.  Should you order a renal ultrasound to check for obstruction?  What are the chances this patient has a predictable complication and spontaneous urinary obstruction or obstruction instead of the usual complications from shock?

A patient has a witnessed aspiration, say, from overdose.  There are bilateral infiltrates on CXR.  "But we should get a CT, maybe he has PE (pulmonary embolism), too."  And maybe he's gestating an alien fetus in his cecum.