Doctorin' with Double Effect: The Ethics of Withdrawal of Life Support and Oxygen in Dying Patients 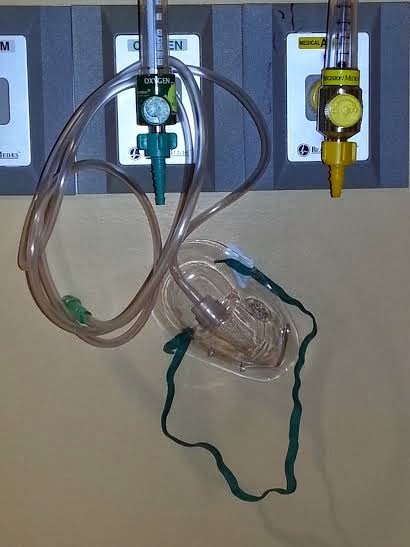 There has been a lot of discussion about the ethical nuances of withdrawal of life support and provision of medications that relieve suffering but accelerate death, but precious little about an important aspect of end of life care that comes up all the time - what are our obligations regarding provision of oxygen to dying patients?

The withdrawal of life support is an activity (a commission) that is ethically protected because patients' autonomy and right to refuse treatments overrides the harm (death) that comes about when physicians act to withdraw life support.  This in itself is interesting because most states prohibit euthanasia (or the provision of prescriptions that enable patients to take their own lives), which is in essence a commission (as opposed to an omission) that accelerates death.  I'm struggling to understand the distinction, except that the withdrawal of life support restores the patient to a "natural state" and allows nature to take its course, whereas the provision of a prescription to allow a patient to overdose is a commission that seems to interfere with nature.  (Jonathan Baron has written extensively about our preference for "natural states" which often leads to worse outcomes.)  That takes care of the natural versus human distinction (which of course ignores that humans are part of nature), but I still struggle to understand why the patient in Oregon has to administer his own overdose, unassisted by a healthcare professional - what's the difference between a healthcare professional assisting with the administration of an overdose and accelerating death, and his removing life support and thus accelerating death, if both acts are in deference to patient autonomy, and both are commissions, and indeed both are direct actions, as opposed to indirect ones?  Maybe it's because you can act directly and cause harm in respect of autonomy as long as you restore a natural state (withdrawal of life support), but you cannot act directly to cause harm in respect of autonomy by causing an unnatural state (medication overdose).  I think this stream of consciousness has led me to the distinction.  Maybe.  The devil is in the details.


In a related vein, we use the "Doctrine of Double Effect" (DDE) attributed to St. Thomas Aquinas to justify our actions when we administer morphine and diazepam (Valium; mother's little helper) to relieve physical and psychological suffering in dying patients.  Even though the administration of these medications may accelerate death, it is not our intent to do so - the intent is to relieve suffering.  The DDE in essence says that unintended harms of actions that are intended to cause good are ethically permissible.  But many physicians, nurses, and hospice providers either are not aware of the DDE, choose to ignore it, or assume that because their intentions can never be known with certainty they are protected from accusations of violations of the DDE's requirements.  For example, when life support is withdrawn, some providers will give a massive dose of sedatives, in effect overdosing or euthanizing the patient.  (Families sometimes request this, too.  They do not realize that biomedical ethics proscribes the kindness that veterinarians grant our pets at the end of life.)  This behavior violates the proportionality requirement of the DDE, and indeed the dose can allow observers to infer the intent of the physician.  Similarly, nurses and hospice providers (and sometimes transplant surgeons) will sometimes give additional and repeated smaller doses of medications even though there is no evidence that the patient is suffering and requires more medication.  One condition of the DDE is that the good must not flow through the bad - relief of suffering must not come about through death.  It must come from the provision of the medication.  If medication is administered when there is no suffering the harmful effects of the medication represent a moral transgression.  Thus, in my practice, I select a usual dose of morphine and valium (5-10 mg each) and allow it to be administered as needed at frequent intervals guided by symptoms of distress.  This link to a NEJM article about the DDE  and especially the link above are good reading for those interested in these nuances and distinctions.  I will not get into terminal sedation here, which appears to be another violation of the DDE but which has been declared permissible.

Halpern and Hansen-Flaschen describe the withdrawal of oxygen in JAMA in 2006, but they are concerned primarily with doing so at patient request.  More common in my experience is when a decision has been made, based on patient autonomy and surrogate decision making, to withdraw other forms of life support, and we have to decide whether to provide oxygen.  Indeed, the default during a "terminal extubation" (one in which it is expected that a patient will die after withdrawal of life support) is the provision of supplemental oxygen, in my experience.  Part of this is routine - respiratory therapists almost always provide at least a nominal flow of oxygen after any extubation - just for measure.

When oxygen is administered after the withdrawal of life support (or in cases where life support is to be foregone in a dying patient) two extremes can happen or anything in between.  At one extreme, the patient is so desperately ill that s/he expires very quickly in spite of the oxygen.  At the other extreme, say in the case of a large hemorrhagic stroke, the natural dying process can be markedly prolonged by many days with oxygen provision.  (The same could be said about artificial hydration or nutrition under these circumstances, but the effects of lack of these take even longer to accrue.)   This is because the natural history of death from stroke involves failure to maintain a patent airway, development of low oxygen which taxes vital organs and eventually causes death.  Oxygen in these cases can significantly prolong the dying process (just as mechanical ventilation can).

So why not just withdraw oxygen?  It's a good question, and I think there are several intuitive answers that explain the reluctance to do so:


Sometimes, to help the family avoid the guilt that they sometimes personally feel as a surrogate, I remind them of the last point, that "if it's meant to be" the patient could "rally".  In those cases, it seems mandatory to provide oxygen for at least a while.  Likewise, sometimes families hold the hope of communicating with the patient after the withdrawal of life support, and oxygen may facilitate this goal.

But suppose that it is clear that the patient is going to die, not rally, after the removal of life support and is too ill to communicate.  Morphine and Valium are being administered.  Is there a moral mandate to provide oxygen?  Could it not serve as a substitute for the drugs?  If it's being given and is not causing problems or discomfort, is there any justification for removing it, save for accelerating death, which would be proscribed for the reasons discussed above?  Several arguments can support the withdrawal of oxygen under these circumstances.
The first argument is the only one that I think is not flawed, corrupt, or lacking on some level.  But even if we resolve this "problem" of oxygen withdrawal, several other questions arise:  Is there more moral weight to withdrawing oxygen than there is to not providing it when patients deteriorate (commission versus omission)?  What about other life support devices such as fluids, antibiotics, vasopressor agents, etc?  Should withdrawal of life support at the end of life be an "all or none" activity, or one with numerous gradations and permutations?

I will address these additional nuances in a subsequent post.  Suffice it to say that much of what we do is guided by obvious ethical principles and legal duties and injunctions.  When principles come into conflict, we struggle for reasons and rationalizations that allow us to sort out the morally acceptable possible courses of action.  And sometimes when we want to do something that is proscribed by current guidelines and laws and we can't rationalize a way to do it, we change the guidelines and the laws.
Posted by Scott K. Aberegg, M.D., M.P.H. at 9:52 AM