If It's Not Good Information, It's Bad Information: Improving the Signal to Noise Ratio in ICU Communication 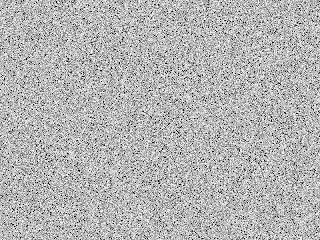 I learned over a decade ago a lesson that can be condensed into the following adage:  If the patient's family knows the creatinine level and the white blood cell (WBC) count, somebody is letting the intern do the talking.  And, (sorry, interns everywhere) that's not a good thing.

You see, interns don't know very much, just enough to be dangerous.  This derives from the fact that they have little to no meaningful experience.  They know what they read in Med I and Med II, and they can parrot their handful of attendings from key rotations during Med III and Med IV, but after that, silence.

What they mostly lack is experience which allows them to see the big picture and to know what the general course of a patient is likely to be.  When a patient such as the one in a previous post comes in, they can wax prolific about the FENA (fractional excretion of sodium) and pre-renal, intrinsic renal, post-renal, Bartlett's, Gittleman's, etc., but they probably don't know that renal failure requiring dialysis carries a mortality in the ICU of 60% and they certainly don't understand the contribution of poor functional status to prognosis in critical illness.  Because they don't teach those big picture things in medical school.  They teach biochemistry and physiology.  (Medical Educators everywhere, take note.)

An analogy would be:  you take your 1982 Honda Civic to the mechanic and the apprentice comes out and tells you that they're going to torque the head bolts to 80 Newton-Meters and fill the transmission with 750cc of whatever weight synthetic oil.  Who cares?  We want to know if you can fix it, how it's going to run afterwards, and how much it will cost.


Sadly, some physicians never graduate from the intern/apprentice stage of communication.  They will approach the family of a dying patient such as the one in the prior post, and after the conversation, the family knows how the creatinine is trending and what the white blood cell count is doing, but they have no idea about the overall prognosis.  This is a tragic failure of realistic and obligatory ICU communication.  There are several reasons why actual laboratory values and biochemical and physiological parameters should not be reported to patients' families, and should definitely not be the focus of any discussion about the patient's course:


But even if you do communicate a realistic prognostic big picture, you will often be asked to report specific values to laypersons.  Resist the urge to comply.  Especially because the interval of prognostication should be 48-72 hours.  So the daily labs and vital signs do not add to the prognostication until that time period has elapsed.  (Which begs the question - why do we do daily labs anyway?)

Your job is to communicate what the family ultimately wants to know - namely, what is the outcome going to be?  If you have done this, they will be satisfied.  Or, they will not.  If they are not, but you really have communicated the big picture, it is because they don't like the big picture prognosis you have presented, and:
The bottom line is that the laboratory values and physiological parameters are mostly meaningless.  They need context and interpretation.  If you have provided the context and interpretation, families will not know or want to know the values.  If they are not satisfied with your interpretation, they are groping for a different one, and they mistakenly believe that they can crunch the numbers themselves and find something you missed.  Complying with their request just serves to confuse them, and makes your job harder in the ensuing days.  So don't comply.  Explain what you (hopefully) know - that lab values and vitals trends over short periods are not prognostically useful.  And that they can have confidence that once a meaningful trend has been identified in 72 hours, you will sit down with them again and discuss the ramifications.

A physician's charge it to deliver signal, not noise.  If you're more suited for delivering the latter, you're in the wrong profession.  And there are several local used car dealerships that could use your services.
Posted by Scott K. Aberegg, M.D., M.P.H. at 7:32 PM